Bitcoin holders in the U.S. might be feeling giddy about the “free money” they’ve received as of late from bitcoin hard forks.

But with tax season right around the corner, they might also be feeling a bit uneasy.

According to Perry Woodin, CEO of Node40, a TurboTax-like platform for cryptocurrency owners:

“People are piling into bitcoin so they can get the free money, but I think very few people are thinking about the tax implications of it. And if they are, they’re probably thinking ‘Well, I can get around it’.”

For tax reporting purposes, the Internal Revenue Service (IRS) currently classifies bitcoin and “other virtual currencies” as property, meaning owners are legally obliged to report the capital gains and losses incurred from cryptocurrency holdings during each calendar year.

As bitcoin cash and the other cryptocurrencies created from hard forks act nearly identical to bitcoin (besides some technical code changes), some wonder if the same rules will apply. Currently, though, it’s all a gray area.

For those crypto holders interested in playing by the rules, though, there’s really no clear consensus from tax experts on what should be done.

“There are really two choices, and neither one of the choices are particularly appealing,” said Woodin.

The first choice is to assign each new coin an arbitrary value to use as its cost basis. This could potentially be done by taking a weighted average of, for example, bitcoin cash’s trading value in futures markets just before the August fork, or by assigning it a value proportional to that of a full bitcoin.

Any increase in the price after the cryptocurrency’s inception and before the end of the year would then be subject to capital gains tax.

The other possibility is to assign the new coin an arbitrary value of zero and then pay the capital gains tax on the full value whenever the disposition of the coin occurs (when they are exchanged for other crypto assets or for fiat currency).

The latter approach would seem to match up with the IRS’ thinking on other types of second-generation assets, explained Markwood, noting the situation could be similar to that of a farmer who owns a cow that gives birth to a calf or a landowner who discovers gold on his property.

Importantly, in both cases, the creation or discovery of the new asset would not necessarily trigger a taxable event. But when the assets are sold off, the full value of the disposition would be deemed taxable income.

While the latter approach may sound more appealing to bitcoin owners because it allows them to effectively kick the can until they sell an asset, it’s unclear whether or not that applies to cryptocurrencies.

Of course, a third option is to simply ignore one’s reporting obligations altogether, a strategy that – as evidenced by the IRS’s assertion that only 802 individuals reported capital gains from bitcoin in 2015 – has been employed quite frequently by U.S. traders.

While the approach was understandable given the complicated and labor-intensive process of reporting cryptocurrency (many traders may have been unaware of the requirements altogether), it becomes even more so since bitcoin holders sometimes don’t have much choice over whether they get access to hard fork-created tokens or not.

During the bitcoin cash fork, bitcoin holders were given bitcoin cash at a rate of 1:1, and exchanges that supported the new coin merely dumped the equal amount in users’ accounts.

“People are really looking to avoid this, especially if you’re not interested in bitcoin cash or any one of the new forks,” said Woodin, adding:

“You don’t want to have to pay tax on something you didn’t want in the first place.”

But crypto tax-evaders face much higher risk in 2017 as the skyrocketing value of bitcoin and the newly created class of crypto millionaires are drawing scrutiny from the authorities.

The IRS has also wised up to how these new assets are being used and stored, as evidenced by the agency’s John Doe summons of Coinbase user records in 2016, as well as this summer’s revelation that the IRS has been using Chainalysis software to monitor the blockchain for bitcoin tax cheats since 2015.

Chainalysis did not respond to requests for comment about whether the IRS continues to use its product.

More than anything, new assets being created by bitcoin forks underscore the need for greater clarity from the IRS on how cryptocurrencies should be reported for tax purposes.

The IRS guidelines for reporting cryptocurrencies has come under considerable backlash as too cumbersome, if not altogether impossible for higher volume traders or people using it to purchase everyday items such as a cup of coffee.

“Taxing blockchain-based currency, like bitcoin, as property rather than as a competing currency has numerous adverse consequences,” said Amy Davine Kim, global policy director and general counsel at the Chamber of Digital Commerce, a Washington D.C.-based blockchain advocacy group.

“Among other things,” she continued, “it imposes onerous reporting requirements that are difficult to understand and ultimately inhibit the widespread adoption in retail commerce of this promising technology.”

It’s interesting to note that the mission behind the bitcoin cash hard fork is to increase the block size, so that more transactions can be verified on the network at less cost – for supporters of the move, bitcoin’s current block size limit is holding back adoption of bitcoin for retail payments.

Many in the industry have asked the IRS for more formal guidance – the Cryptocurrency Tax Fairness Act was introduced in Congress in an attempt to push the IRS to revisit its determination – but the IRS has yet to release an update.

“Forks represent just one example of activities on a blockchain that may have tax consequences that, with little guidance from the IRS, are difficult to determine.”

Bitcoin on calculator image via Shutterstock 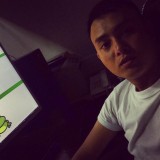